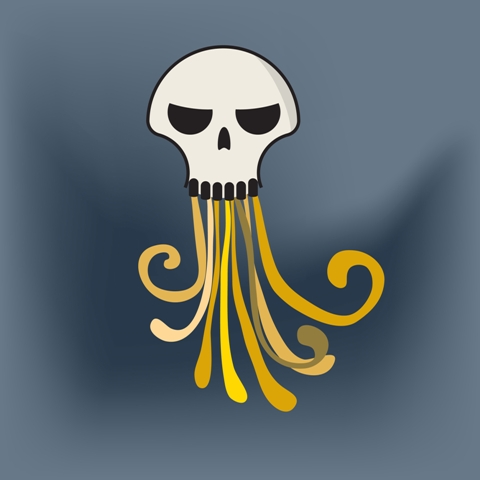 Down south they have Miracle Mussels ...

And lurking in many harbors are evil, vindictive, plastic baggies.

What do they all have in common? They can all ruin one's day by clogging sea water intakes and strainers for refrigeration or air conditioning.

Anyone who has ever had to rid a sea strainer of Sea Snot (AKA Sea Nettle; Jellyfish) will know that this can be an unpleasant task. I'm told that in the coastal waters of Louisiana, Alabama, and other areas of the Gulf Coast, mussels and other sea-critters can grow in numbers resembling an armada in a matter of days, clogging not only strainers, but hoses, intakes and much more.

The part floating, part sinking, part ready-to-clog-an-intake plastic bag, is also a nuisance, but typically gets sucked onto the outside of the intake thru-hull, and then floats/sinks away once the pump is stopped.

In light of the chaos these latent disasters can cause, it's no wonder that some boaters take serious measures to combat the threat. Plastic bags, like naughty schoolboys, are a mere annoyance, but swarms of Sea Snot are a real menace, and we see live-aboards in the Chesapeake fashioning domes out of chicken netting and positioning them over the sea water intake in an effort to keep the menace at bay (oh, pun eh?).

The Gulf Coast boaters have limited options to solve their dilemma for pumped water cooled refrigeration systems. Yes, they could always up anchor and move, or pretend to be big-time racing sailors and exist on only freeze-dried foods, but then where does the cold beer come from?

If the refrigeration system is a Frigoboat pumped-water set-up, then it can be easily converted to air cooled, or better yet Keel Cooled, where it will be water cooled but with no pump and no water coming into the boat. (I say "easily converted" but adding a Keel Cooler does involve a haul-out, which may not be that easy or convenient.)

And then there are those who consider abandoning the sea water plumbing in their pumped-water refrigeration system, to use the water in the vessel's water tanks instead.

This is something that most refrigeration equipment manufacturers do not condone due to the non food-grade components plus the risk (although extremely remote) of a breach contaminating the drinking water with refrigerant and oil.

But beware of re-configuring a refrigeration system in this way as there may be drawbacks.

Keep in mind the fact that heat moves only from a higher temperature area/substance to one with a lower temperature, we should now consider another law of Fridgernomics: The amount of heat transfer between two surfaces is dependent on the difference in temperature between them, and the thermal conductivity of the medium (if any) separating them.

We don't "make cold" with refrigeration, we remove heat from one location and transfer it to another. In a pumped-water refrigeration system, the heat removed from the ice box is transferred to the sea water being pumped in and through the system and then dumped overboard (possibly filling up the dingy if someone installed the discharge fitting too high).

Because the outgoing water is a few degrees warmer than when it was pumped in, it will transfer that heat to the surrounding water, raising the ocean's temperature, albeit by an infinitesimally small amount, and no, it is not the cause of the polar ice-caps melting.

If we now re-plumb the system to be a re-circulating system using the vessel's fresh water tank, the heated water will in turn heat the water inside the tank by a certain amount, dependent on the quantity of water in the tank and other variables. Then, the outside of the tank must reach a sufficiently higher temperature than its surroundings in order to be able to transfer some of the heat from the fresh water inside the tank to the air surrounding the tank (or the wood/plastic if the tank is integral to the hull).

So, in hot/tropical conditions, in a non-air conditioned boat, the refrigeration system must first raise the temperature of the water inside the tank to be higher than its surroundings before the tank can dissipate any of its newly gained heat, and subsequently the compressor will have to work harder and be using more power than if using water from the ocean.

How much warmer the water in the tank has to get before equilibrium sets in is dependent on many factors, and the resulting loss of efficiency may far offset the elimination of nuisance factors like Sea Snot and Miracle Mussels, but there are inherent dangers if things get too far out of whack.

In particular, running closed-loop recirculating pumped-water refrigeration systems on vessels hauled out in hot locations carries the danger of the water temperature getting excessively high, and the compressor getting hot enough internally to damage its head gasket.

There is no built-in protection from this sort of potential disaster as there is no thermal cut-out on the Danfoss/Secop compressors most often used, and the breaker on the electrical supply will not trip under these conditions.

We see and hear of the end results of these failures now and again, especially on freezer systems that were being operated at very low temperatures. The complaint is usually that the freezer now hardly maintains even marginal freezer temperatures although the compressor is running continuously, and that is the result of the compressor being unable to reach a sufficiently low suction pressure.

So, do what you will and what you have to in order to beat the beasties and preserve your sanity, but be aware of the dangers. Not having a working refrigeration system may make cleaning strainers seem less of a nightmare and more like just another inevitable boat-chore.